Photography has been my passion over the last 7 years. Attached below is a slideshow featuring my first ever photo shoot back in winter 2015. I had the pleasure of working with @Joshmankz. One of of the top photographers & creative artists in Toronto. Josh is featured at the end of the video as an Easter egg. Enjoy relaxing music with beautiful photography as I take you back in time. 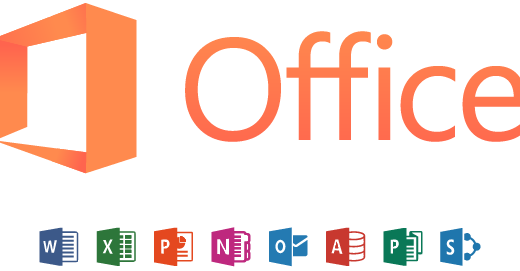 A good friend of mine launched her travel and self-love blog today.

NarleyK serves as a source of storytelling, inspiration and information for women striving to create a brave & beautiful lifestyle for themselves! 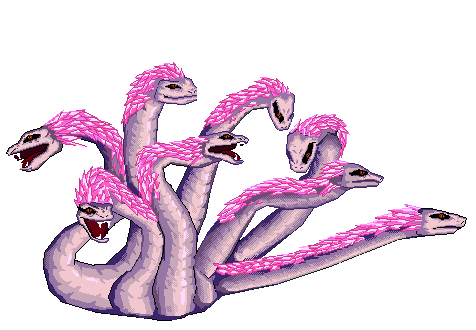 Derek Fisher attained his first win as a head coach in a big way when his New York Knicks defeated Cleveland Cavaliers 95-90 on the road. The victory comes on the heels of 24 point thrashing by the Chicago Bulls, the very team LeBron James regards is the best in the eastern conference due to their player chemistry. While it is too early too tell, this has without a doubt given the Knicks momentum and confidence to attempt an impressive run in their own right. LeBron had an off night with 17 points on 5 for 15 shooting, 5 rebounds, 4 assists and tied his regulation high of 8 turnovers. Kevin Love was impressive in his debut with 19 points, 14 rebounds and 4 assists while Kyrie Irving was solid with 22 points, 7 assists, and 5 rebounds. However, it was Carmelo Anthony who would steal the show late in the 4th quarter as he killed the momentum of a possible Cavs comeback with a dagger of a shot over longtime friend and rival, LeBron James. Carmelo finished with 25 points and 6 assists as player of the game.

Opening day may not have gone down as the Cavs would have envisioned it but there is no time to rest as they face off against the Chicago Bulls Friday night. This revives another rivalry as James goes head to head with former league MVP Derrick Rose. Rose has missed close to two full seasons with an ACL tear in his left knee which forced him to miss the 2012-13 campaign and a meniscus tear in his left knee 10 games into the 2013-14 put him on the sidelines for the remained of that season. With Rose back, the Bulls are contenders strong contenders for the top seed of the East as the were in Rose’s last two full seasons. There will be a showdown of heavyweights on Halloween night, and for teams looking to move up in the east, it may be a scary sight.

Kobe Bryant is rumored to return to the Lakers’ starting lineup against the Sacramento Kings this Friday. As much as it displays the heart and will of the future first-ballot hall of famer, the question remains, is it wise to make his return this early? He is projected to return in time for Christmas if he isn’t game ready for the Kings. Bryant has a lot to prove to himself, his peers, and basketball fans worldwide. He was ranked 25th in ESPN’s breakdown of the best players for the 2013/14 season and he’s just signed a max contract extension worth 48 million that will ensure that he will retire a Laker. It is possible that his drive to be the best to play the game is blinding him from a complete recovery. However, these speculations could be wrong. It was once said that he couldn’t win without Shaq – he’s had three finals appearances and two championships as the focal player of his team. He’s been known to prove his critics wrong in the past and he may be fixing to do it again.

Graphic of Kobe Bryant saluting the crowd at MSG after dropping 61 points against the New York Knicks.

A month ago, the bout between light heavyweight kingpin Jon Jones and challenger Alexander Gustafsson was widely regarded as fight of the year. However, a match-up that took place has taken that accolade and maybe the title of greatest fight ever. Training partners and friends Gilbert Melendez and Diego Sanchez went to war in a fight that stole the show at UFC 166. Melendez left Sanchez with a deep cut over his left eyebrow during round one. A wound that would leave Sanchez a bloody mess for the rest of the fight. Melendez would go on to dominate the second round prompting Diego’s trainer, Greg Jackson, to say “Don’t let him take that bottle out of your daughter’s mouth.” It was reminiscent of the scene in the 2011 movie “Warrior,” when Brendan Conlon is motivated by his trainer to fight for his family’s home in his bout against the fearsome Koba. Sanchez then engaged in a slug-fest with Melendez in the 3rd round showing flashes of an incredible comeback. “Diego” chants filled the arena. The crowd was in uproar, especially in moments where it seemed that Sanchez was going to finish Melendez after taking control of his back. Melendez also showed the heart of a warrior and shrugged off these attempts. Once back on their feet the two went back to the slug-fest. Lefts and rights all in the form of massive hay-makers from both fighters brought the crowd to their feet, all the while Sanchez still a bloody mess. The final 10 seconds ended with Sanchez and Melendez looking for a knockout win in a finish that surpasses Bonnar vs Griffin I. Melendez was declared the winner by unanimous decision with multiple scores of 29-28 and 30-27. Joe Rogan commented that though it was not the most technical fight, it was the greatest fight he had ever seen in his life. Many who watched that instant classic would agree.

Usually, I’d give a recap of the whole event from the preliminary fights. This time around, we’ll kick things off with the main event. Anderson Silva’s 16 fight undefeated streak came to an end at the hands of Chris Weidman in the second round. The fight began with Weidman immediately delivering a take-down to the defending middleweight champion. Weidman who entered the cage to a string of boos put the crowd on notice that he wasn’t taking this lightly. Silva managed to get to his feet after the Weidman scored points for his ground and pound game.

The defending champion brought the crowd to their feet when he taunted his opponent and dropped his hands against the cage, just as he did against Stephan Bonnar at UFC153. The tactic got to Weidman’s head in the first round as he strayed away from his initial game plan of taking the fight to the ground. However, in the second round, the antics that made Silva famous worked against him as he playfully leaned into a left hook that knocked him down on the canvas.

Weidman was swinging a barrage of lefts and rights while Silva was down when Herb Dean decided enough was enough and gave Weidman the victory via KO. Social media sites such as twitter were in an uproar as supporters of both Silva and Weidman were shocked at the end of the match.

Herb Dean prepares to call the fight as Chris Weidman pummels Anderson Silva in the second round of their middleweight title bout at UFC 162.

“I imagined this moment a million times in my head, but for it to happen still feels surreal,” Weidman responded to Joe Rogan when asked if the win felt real.

“All respect to Anderson Silva, I would love to do a rematch if that’s what he would want to do. He was an idol of mine,” Weidman commented.

When questioned by Rogan about his future, Silva thanked his fans, his training camp, and regarded Weidman as the best. Silva said he didn’t have any intentions of fighting for the middleweight belt and planned on taking time off from MMA.

During the press conference Dana White was adamant about getting Anderson Silva a rematch against Weidman.

“I guarantee you no matter what he says publicly, and we’ve had this conversation before – I guarantee you there’s nothing he wants more than that rematch with Chris Weidman,” White said.

When asked about potential super fights with Jon Jones and Georges St. Pierre, Dana White said the fights were off the table.

“In those superfights, he was the link to both of them,”  White said.

Footage of the knockout below.

In other news Jon Jones was in the building and had an epic encounter with another famous fighter with the last name of Jones. 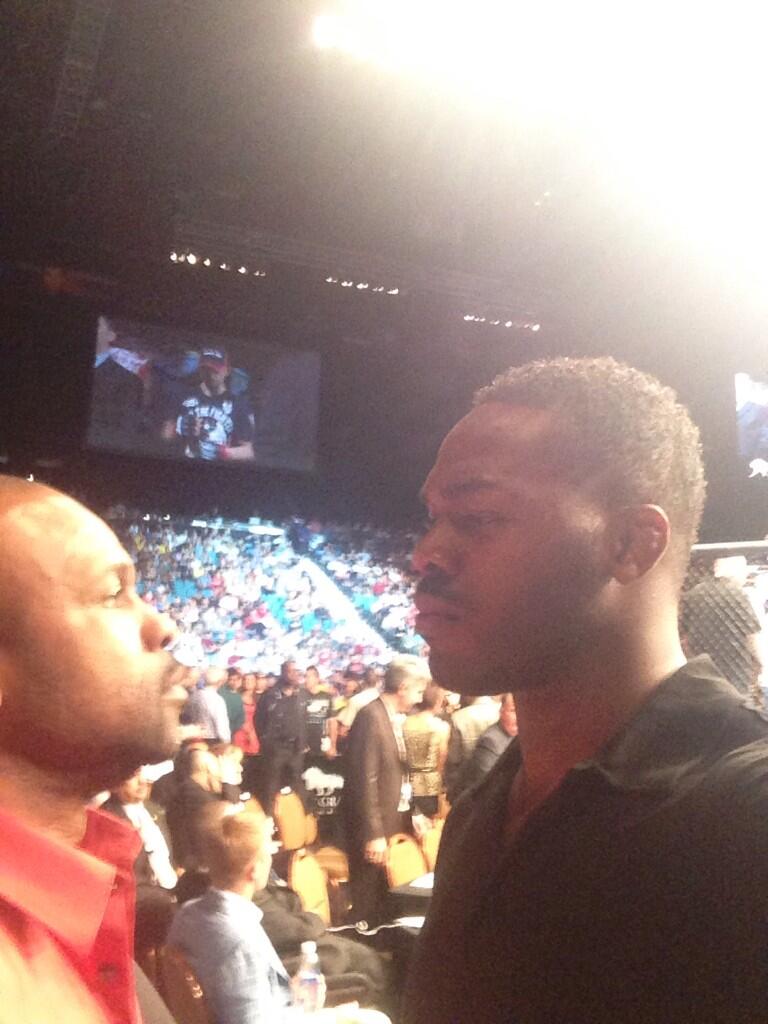